Move In, Move Out! 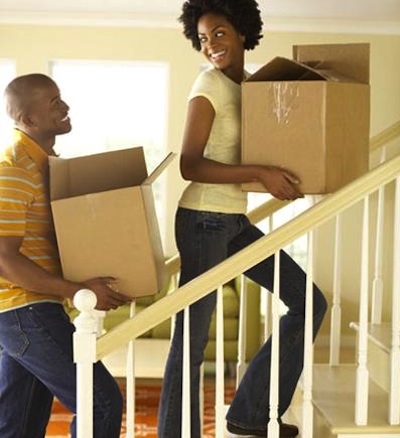 Sometimes we do silly things as ladies just to get a man committed to us and end up with severe consequences. Maybe I wasn’t smart enough or I was too desperate; but I must confess, it wasn’t a pleasant experience.

My name is Elizabeth or Lizzy as I’m fondly called by friends. I am 36 years old and work in a private school as a teacher. The pay is not high but my passion for teaching children is my greatest motivation. I met Akan, my fiancé, 6 years ago at an educational fair. He had led students from his school to the fair while I was there to gather necessary information about schools. His composure and articulacy caught my attention and I couldn’t help going to various stands with him and his students. At the end of the day, we exchanged numbers and the rest I will say, is history.

My relationship with Akan blossomed daily; he sure knew how to treat a woman well. He is also a good cook and ever willing to impart his cooking skills on me. As a matter of fact, I learnt his local delicacies within a short period of time. Although Akan is not a committed Christian, he attended church services more than I do and that kind of gave me a ‘relief’. When I had a challenge with my accommodation, he insisted I moved into his 2 bedroom apartment. He said there was no point paying for another apartment when we had the intention of getting married. I obliged, hoping to ‘tie the knot’ within the shortest possible time. Unfortunately, that day never came.

Akan kept giving excuses whenever I brought up the issue of marriage. His excuses were innumerable, ranging from not having enough to give us an elaborate wedding, his siblings’ education which was on him, to his Mum who wanted him to marry a wife from his village. We had this issue for almost 3 years and when it seemed I would eventually lose out, my friends advised I got pregnant for him to make him committed to the relationship. I heeded their advice and threw caution to the wind till I became pregnant. Akan wasn’t pleased initially but after much persuasion and pleading, he accepted for me to have the baby. I was so thrilled that my strategy would eventually lead to marriage but Akan insisted that we should hold on for the child to be born before getting our families involved.

Our beautiful daughter Sophie arrived 9 months after, bringing so much joy to me but when Akan’s attitude began to change, I became worried. He wasn’t interested in meeting my parents neither was he keen on taking me to his family. As a matter of fact, I only knew his siblings because they come around often to visit him. This is my 5th year of cohabiting with Akan without any glimmer of hope other than a daughter born out of wedlock.

Reality dawned when Akan came back from the village few weeks ago to tell me his parents had sourced a wife for him and have gone as far as performing the traditional rites. He said they wanted her to move in with him immediately but he pleaded they gave him 3 months to sort out ‘some things’. I was too shocked for words but he didn’t just stop there, he told me he had no intentions of disobeying his parents more so, there was nothing binding us together except for our daughter. He said he would take full responsibility for her upkeep but I have to move elsewhere so that his real wife could move in….

How could I have been so stupid? How could I have allowed 5 years of my life to be wasted just like that? My advice to all ladies out there is to shun every form of relationship that leads nowhere. Cohabiting with a man who keeps giving excuses without commitment is a bad investment; stop wasting your time and resources!

Thank you for your time, please don’t forget to drop your comments or share the link with others, you never can tell whose marriage or relationship is on the line. You can also subscribe to our newsletter so you won’t miss any of our publications. Peradventure you have a real life experience to share or questions to ask, you can send a mail to me via iretioyinleye@gmail.com, or info@iretiadeoyinleye.com. Till I come your way next week, make your marriage work!