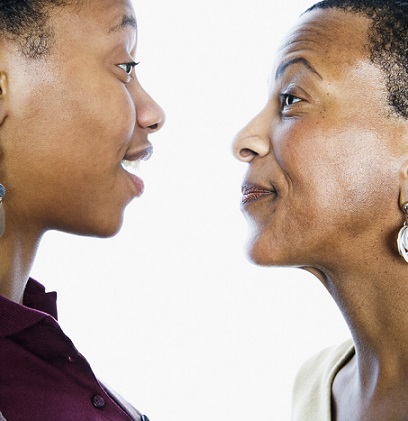 I have heard gory tales about Mothers-in-law in the past but I was always quick to point out that the daughter-in-law was probably not patient enough or she allowed other people’s tales overrule her sense of judgment. My name is Kikelomo, a typical Yoruba girl who found love in an Igbo man. I was orphaned at the age of 12 and I was left at the mercy of my paternal uncle and his wife to take responsibility for my welfare. I had no issues with my uncle though, but his wife was really a pain in the neck. How I survived still remains a mystery but I knew I worked so hard to ensure I gained admission into the higher institution so I could gain my freedom.

I met Emeka in my final year on campus; I needed some data for my project and I was referred to his office. Emeka not only assisted me but became a very close friend and a year after we met, he proposed marriage to me. Emeka promised to be everything my parents couldn’t be to me and since all I wanted was a shoulder to lean on, I accepted his proposal. He ensured I had enough money at my disposal even during my youth service. I lived like a queen. My uncle opposed our relationship but his wife was able to convince him to let me be, I guess she couldn’t just wait to get rid of me. I didn’t have much issue with Emeka’s mum initially, apart from her tribal sentiments; he was able to convince her that I was the best for him. Emeka had always held a special place in his mum’s heart being the only son and due to the fact that she single handedly raised him and his sisters since their dad eloped with another woman a long time ago. However, we eventually got married and I couldn’t help but heave a sigh of relief; freedom at last!

I got pregnant almost immediately and 9 months later, I had a baby girl whom we named Ada. My mother-in-law moved in with us for ‘Omugwo’ (babysitting) but instead of her being the one to take care of the baby and I, it was the other way round. I had to cook for the family and also attend to the baby. Initially, she helped bathe the baby but after a week, she stopped. The stress was too much on me but I never complained because I wanted to please her. Later on, she began to give me clothes to wash with stern instructions that I mustn’t use the washing machine to do her laundry; I accepted but I wasn’t pleased with the way things were going. I didn’t want to create a problem between her and Emeka so I kept everything bottled up within me while hoping for a change. This “taskmaster” relationship has been going on for over a month now and I am beginning to get frustrated; because of ‘omugwo’ my mother-in-law has turned me to ‘omugo’ which in my place means, ‘a fool’. if I were to be her biological daughter would she have treated me this way? Honestly, I am fed up, what should I do?

There are lots of unhappy tales trailing the relationship between mothers-in-law and their daughters-in-law which most times make them live at constant variance with each other; this ought not to be. A mother who genuinely loves her son will always seek his happiness but where there is rancor between her and his wife, how would he be happy? Why should a woman be mean to her daughter-in-law? They should know that they don’t occupy the same position in the heart of the man and they should be allowed to play their respective roles without undue interference. In other words, mothers should treat their sons’ wives as their own children while maintaining their boundaries. Husbands too should be sensitive to the situation around them. They shouldn’t feign ignorance when the facts are glaring; where a nursing mother becomes the ‘cook’ shortly after putting to bed is not ideal. We can all allow peace to reign when we choose to demonstrate genuine love for one another.

Thank you once again for your time, feel free to drop your comments and contributions or send me a mail through info@iretiadeoyinleye.com, or iretioyinleye@gmail.com. Also, don’t forget to share the story with others too. Till I come your way again next week, make your marriage work!