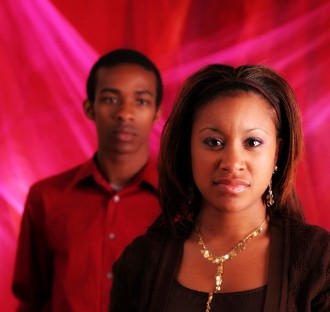 I tried so hard to please my mother-in-law, but all my efforts have been abortive. What I got instead is being treated like a fool and made a prisoner in my home. The stress of having to nurse a new baby along with two adults without having anyone to assist became so unbearable that it affected my health. I took ill and had to be admitted in the hospital so that the doctor could manage the sudden surge in my blood pressure. As a matter of fact, I was only allowed to breastfeed Ada since every effort they made to introduce her to formula failed. Emeka had to stay with me for the first 2 days since my mother-in-law told him that she couldn’t stand seeing sick persons and the smell of drugs nauseates her.

I was in the hospital for 2 weeks; I must confess that it was indeed a vacation for me. The nurses were very helpful and I had a couple of friends who visited me regularly,so I never lacked company nor good meals. Initially I was worried about Emeka’s feeding when he had to go back home, but he later told me that his mum had been cooking their meals. Wonders will never end! The same woman who waited for me to take care of her is now the one taking care of herself and my hubby!

Finally, I had to be discharged from the hospital but I wasn’t excited about going home since I knew that my mother-in-law was home. I didn’t know how to relate my fears to Emeka but I had resolved within me to stay safe and healthy. Mother-in-law gave me a cold reception on arrival and even complained that Ada had lost weight due to my brief stay in the hospital. Emeka was quick to defend me and even told her that I was not permitted to do anything stressful in the meantime; honestly, for the first time I felt more secure. I went straight to my room to take some rest while I left mother and son to sort themselves out.

About 30 minutes after I got to my room, I heard Emeka and his mum having a serious argument on who was to make lunch. His mum insisted that I should do the cooking because she wasn’t my domestic help. Emeka expressed his displeasure at his mum’s statement and that alone generated a lot of heat. His mum got so angry and started calling me names, yet Emeka stood for me. When his mum realized that she had lost the battle, she threatened to leave the next morning. I couldn’t believe my ears when I heard Emeka say “If that’s what you want; so be it!”. Emeka stormed into my room fuming but I had to plead with him to take caution since it was his mum he was dealing with. He promised to get a help for me as he couldn’t fathom why his mum could be so mean to me. The idea of getting a help for me seemed to be the best way to resolve the problem so I made a few calls to my friends and luckily for me, I got a help, Beauty, who resumed work the next day.

Honestly, I couldn’t have asked for a better help as Beauty settled into her job without stress; what a great relief! Emeka tried talking things over with his mum but she insisted on leaving, I also pleaded with her but she remained adamant so we had no choice than to let her leave. I have resolved within myself to take things easy so as not to die before my time; I still love my in-laws but I won’t kill myself to please them.

It is obvious that we can’t do without having in-laws but we should learn how to manage our relationship with them. There is no point trying to go overboard to gain their acceptance because they know when we are faking things. The best approach is to be yourself and live in love, don’t die before your time! Furthermore, husbands should learn to stand by their wives without being sentimental especially when they realize that their siblings or parents tend to be mean to their wives. For those who are ‘mean in-laws’, my advice for you is to channel your energy into more productive things. Making life miserable for another person won’t earn you medals, neither will it put food on your table so please live in love and save yourself from unnecessary tension.

Thank you for your time, feel free to drop your comments and contributions on this issue or send me a mail through info@iretiadeoyinleye.com, or iretioyinleye@gmail.com. Till I come your way again next week, make your marriage work.