Wake Up or Burst It! 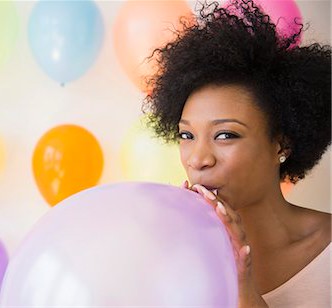 People get married for different reasons, some are realistic while some are not but I have come to learn within a short period that marriage is not one-sided, both parties must work together to make things work. My name is Titi Williams and I have been married to my husband Banji for 3 years. I got married with high expectations from Banji, I just wanted him to be perfect all round but it just didn’t turn out as I expected. We quarrelled almost everyday about everything that I wondered if I actually made the right choice. I never saw anything wrong with my actions though but he was always quick to fault them.

We had our plans at the beginning of our marriage not to raise kids in the first 2 years so that we could both spend time with each other and also pursue our individual careers. I had some professional exams to write and I needed enough time and space to prepare but Banji began to complain when he comes home most times to an empty table. The pressure of work and lectures were so much that I hardly had time to prepare meals but Banji wouldn’t just understand. There were times that he would come home with food from an eatery but he still complained that it wasn’t home cooking. Well I didn’t allow that to deter me from focusing on my exams and I thank God that I made it, I also got promoted at work too.

My new status at work has a lot of benefits and responsibilities attached but it took me most times away from home. Banji became grumpy as I didn’t have enough time for him, he tried to make me realise that we needed each other to succeed in marriage but I was always quick to point out to him that he was self centered. Well, he decided to keep mute since I wouldn’t budge but I deliberately ignored him. He began to clean-up the house himself and fix meals even with his busy schedule but he ensured we didn’t eat together and for that, I still nagged him. I didn’t know the gravity of what I was doing until I discovered that my husband had a female colleague whom he spends time chatting with before going to bed. I confronted him, called him names, demanding to know what was between them and all Banji could say was
“Titi, I won’t be the one to push you out of your matrimonial home, you will do that yourself; wake up or burst it!”
As if someone poured cold water on me, his words jolted me back to reality and for the first time I felt threatened by the thought of another woman in my husband’s life. I bursted into tears but Banji wasn’t moved, he just stood up and walked past me into the guest room leaving me to sort myself out….

It’s always easy to judge others except ourselves most especially when we expect so much from them that we forget we also need to give out our own quota. While it is easier to dump friends that won’t measure up, it’s much difficult dumping a spouse. Having a good career is not a bad idea but it shouldn’t be allowed in anyway to stand against the home. It’s so easy to get carried away by things that interest us the most but it doesn’t mean that those who don’t see it our way are not supportive; a spouse who gives allowance for career development has demonstrated enough support. Wisdom demands that there should be a balance between work and family and not total neglect of one for another. While we need our career to pay bills, we also wouldn’t want our marriages to get ‘bursted’ neither do we want to raise children that will constitute a nuisance to the society. It’s time to wake up and take a deep look inwards, maybe the change we desire in our spouse should come first from us.

Thank God for the gift of this new year, it is another opportunity to make amends in our homes, let’s make each second count.

Thank you for your time, please feel free to share, drop your comments and contributions or send me a mail through info@iretiadeoyinleye.com, or iretioyinleye@gmail.com. Till I come your way again next week, make your marriage work!